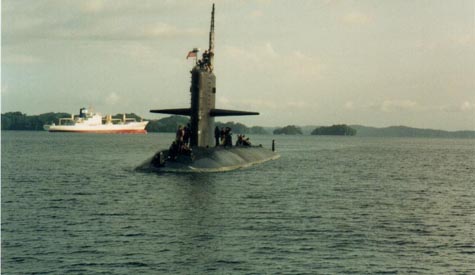 The Narwhal is the largest straight nuclear-powered attack submarine yet built by the U.S. Navy. She has a new type of reactor that will enable her to steam longer, and further than any other submarine in existence. This new reactor considerably reduces the noise level of a submarine and makes the Narwhal, at the time of commissioning, the quietest submarine in the U.S. Naval service.


Add Your Name to the
SSN-671 Crew Roster