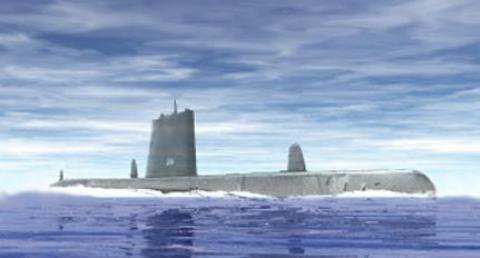 Final Disposition: Sunk as a target off Norfolk Virginia 19 July 1979


TIRU (SS-416)--laid down on 17 April 1944 at Vallejo, Calif., by the Mare Island Navy Yard--remained in an uncompleted state for three years as a result of the curtailment of the submarine building program at the end of World War II. In the fall of 1947, the Navy decided to complete TIRU as a "Guppy" (greater underwater propulsive power) snorkel boat. Its altered design incorporated improvements resulting from the Navy's recent combat experience and German technical development. TIRU was launched on 16 September 1947; sponsored by Mrs. John P. Cromwell, the widow of Capt. John P. Cromwell, who rode submarine SCULPIN (SS-191) to his death rather than risk divulging important war plans under torture; and commissioned on 1 September 1948, Comdr. Charles N. G. Hendricks in command.

TIRU conducted training and trials off the west coast before heading for Hawaii on 10 February 1949. Homeported at Pearl Harbor and attached to Submarine Squadron (SubRon) 12, the "Guppy" submarine operated in Hawaiian waters for a year and one-half before conducting a 12-day snorkel voyage from Pearl Harbor to the west coast which ended upon her arrival at San Diego on 27 June 1950.

On 9 June 1951, TIRU sailed for the Far East and her first Western Pacific (WestPac) deployment. While in Asiatic waters, she operated in support of United Nations forces engaged in combating communist aggression in Korea. Then, after departing Yokosuka, Japan, on 26 November, the warship arrived at Pearl Harbor on 6 December. Her operations in the Hawaiian area continued until 24 February 1952, when TIRU got underway for her second WestPac deployment.

Between 1952 and 1959, TIRU conducted four more WestPac deployments, interspersed with local operations--providing services for antisubmarine warfare (ASW) exercises and conducting type-training. Operating with the 7th Fleet from 1 January to 17 April 1959, on her seventh WestPac tour, TIRU returned to Pearl Harbor for a major overhaul, entering the shipyard on 4 May 1959 for a fleet rehabilitation and modernization (FRAM) conversion to a "Guppy" III. In the course of the work, the ship took on a new and different external appearance. Her hull was lengthened by 12 feet; she acquired a new conning tower, five feet longer than its predecessor, and a fiberglass sail was added. Internally, increased sonar and ordnance equipment greatly enhanced the ship's capabilities in those key areas. On the last day of the year 1959 TIRU emerged from the overhaul a virtually “new” ship.

From 1 January to 10 November 1960, TIRU conducted local operations out of Pearl Harbor to prove the worth of the FRAM/Guppy III conversion. After testing and honing her capabilities, the submarine departed Pearl Harbor on 10 November for another 7th Fleet deployment. She later returned to Pearl Harbor on 10 May 1961 upon completion of her eighth WestPac cruise.

Local operations out of her home port occupied the rest of 1961 and the first few months of 1962. She again was deployed to WestPac in March and April before returning to Hawaiian waters on 3 May. The next month, the ship operated with a carrier task force on ASW "hunter-killer" exercises. While the submarine was engaged in a firing exercise, a torpedo malfunction in her after torpedo room seriously damaged the compartment, and 18 men were overcome by toxic gases. Quick reaction averted a more serious tragedy and earned four men--one officer and three enlisted men--Navy and Marine Corps medals.

The ship conducted three more WestPac deployments through 1965 before she returned to a schedule of local operations. TIRU entered another major overhaul on 6 December 1965--one which saw the installation of a masking system to cover the ship's own noise while snorkeling. Further internal alterations improved both her fighting capacity and her habitability. She conducted sea trials until 14 June 1966 when she departed Hawaii for the Naval Torpedo Station at Keyport, Wash., for an alignment and testing of her weapon system. The submarine departed the west coast on 9 July, bound for Hawaiian waters, and made port at Pearl Harbor nine days later to commence pre-deployment operations.

After a 16-day passage from Hawaii, TIRU arrived at Brisbane, Australia, on 12 October. Three days later, she sailed to commence ASW exercises in the Coral Sea with warships of the Australian, British, New Zealand and United States Navies. The nine-day exercise provided for submarine patrol, reconnaissance, and attack operations against both carrier and destroyer task forces before the submarine returned to Brisbane on 26 October.

On 2 November, TIRU got underway for Subic Bay, Philippine Islands. One day out, the submarine ran aground on Frederick Reef. For two anxious days and nights, TIRU attempted to extricate herself from the predicament by backing off under her own power, but to no avail. On 6 November, civilian tug CARLOCK and Australian destroyer HMAS VENDETTA came to the rescue, arriving on the scene and commencing salvage operations under the direction of a 7th Fleet salvage officer. Returning to Brisbane, TIRU was dry-docked at South Brisbane Dockyard for emergency repairs and damage estimates.

Following temporary repairs to her sonar dome, outer hull, and keel, the submarine gingerly made her way from Australia to the United States Naval Ship Repair Facility, Yokosuka, Japan. En route, TIRU called at Guam to provision alongside submarine tender PROTEUS (AS-19) and pick up new crew members. Arriving at Yokosuka on 29 November, the submarine entered drydock for restricted availability.

Once repaired, TIRU left Yokosuka on 9 January 1967 for Chin Hae, Korea, and while in transit provided services for an Iwakuni-based patrol plane squadron. Operating with Republic of Korea (ROK) ASW forces from 15 to 17 January, TIRU arrived back at Yokosuka on the 22d for upkeep. From 7 February to 20 March, the submarine conducted special operations before returning for further upkeep prior to a "Yankee Station" deployment off Vietnam. She later operated with Nationalist Chinese forces on ASW exercises; conducted additional special operations, and again provided services for patrol plane squadrons based at Iwakuni, before returning to Hawaii on 16 May.

Spending the remainder of the year 1967 on local operations out of Pearl Harbor, TIRU commenced the year 1968 as a unit of Submarine Division (SubDiv) 72, SubRon 7, and Submarine Flotilla ( SubFlot) 5. On 16 May, the submarine was shifted to operational control of Commander, 7th Fleet, with her home port changed to Yokosuka, Japan. Departing the western Pacific on 4 October after a tour which had included a transit through the Vietnam war zone, TIRU returned to the west coast; and her home port was changed to San Francisco, Calif., while she became a unit of SubDiv 52, SubRon 5, SubFlot 1.

Overhauls and local operations occupied the ship until 12 November 1969, when TIRU sailed west for another WestPac deployment. Transferred to the command of the Commander, 7th Fleet on 6 December, the submarine arrived at Yokosuka on 10 December. Five days later, she got underway for special operations which took her into 1970.

TIRU participated in Exercise "Sea Rover," with United States and Australian naval units, before heading home for the United States at the conclusion of her WestPac deployment. While approaching Guam for voyage repairs, she routinely copied the evening weather broadcast which was accompanied by an urgent alert notifying the ship of a search and rescue (SAR) operation underway to look for and rescue survivors of a small craft which had been adrift for two days in a heavy sea. An extensive search by Guam-based SAR forces had thus far turned up nothing, but TIRU located the five people--two of them Japanese nationals--and rescued them, despite darkness and high seas. Soon after TIRU's arrival at Guam on 14 April 1970, the Japanese consul visited the submarine to express his government's appreciation for the ship's rescue mission.

Subsequently arriving at San Diego on 8 May after a brief period at Pearl Harbor, TIRU conducted local operations and underwent an overhaul prior to being transferred to the Atlantic Fleet on 1 August 1970. Underway on the 6th of August for Charleston, S.C., her new home port, TIRU called at Acapulco, Mexico; Rodman, Canal Zone; transited the Panama Canal and visited Kingston, Jamaica, before reaching Charleston harbor on 2 September. For the remainder of the year, the ship conducted local operations, provided services, and underwent type training--activities which continued into 1972. Later transferred to SubFlot 6, SubRon 4, SubDiv 41 during 1972, TIRU operated in the Caribbean and off the lower east coast of the United States, with two deployments to European waters into 1975.

On 1 July 1975, TIRU was decommissioned and struck from the Navy list to be sold to the Turkish government. An American arms embargo imposed on Turkey as a result of the Cyprus tensions between Greece and Turkey delayed the sale, however, even though negotiations and arrangements had been well into the planning stages. As of the end of 1979, the submarine's status was uncertain.

The transfer to Turkey never took place and former TIRU was sunk as a target off Norfolk, Va., on 19 July 1979.


Add Your Name to the
SS-416 Crew Roster