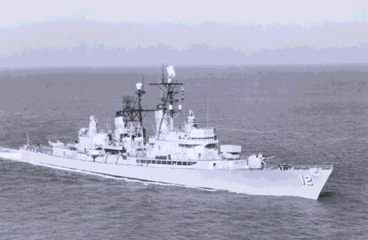 Final Disposition:Disposed of by scrapping28 March 2006


Add Your Name to the
DLG-12 Crew Roster