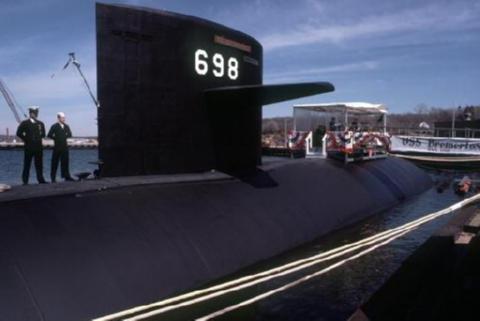 In Commission 1981 to Present


The second Bremerton was laid down on 8 May 1976. She was launched on 22 July 1978 sponsored by Mrs. Henry M. Jackson, and commissioned on 28 March 1981 with Captain Thomas H. Anderson in command.


Add Your Name to the
SSN-698 Crew Roster