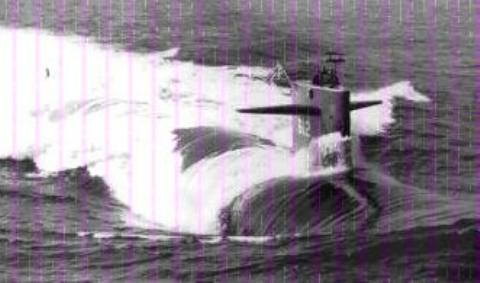 At present Guardfish is undergoing tests and shakedown. Once completed she will join the Pacific Fleet to become yet another link in the Navy's ever expanding underwater deterrent force. In addition to her primary mission of seeking out attacking and destroying all types of enemy ships she can conduct long-range reconnaissance and surveillance patrols and can carry out extensive ASW operations. Her high-speed deep-running far-ranging mobility and her deadly array of modern armament and ASW equipment make her an important part of the Navy's continuing task of "keeping the peace" over the vast reaches of global waters.


Add Your Name to the
SSN-612 Crew Roster