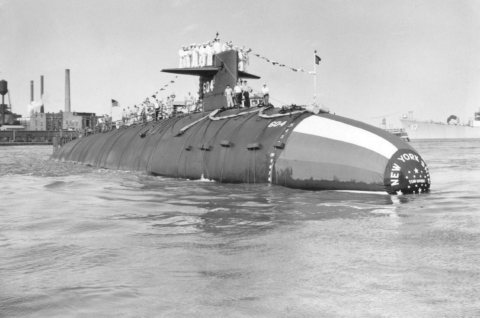 After shakedown out of New London Conn. in January 1965 Haddo arrived at her home port Charleston S.C. 8 February and joined Sub Ron 4. She operated off the Atlantic coast and in the Caribbean until departing Charleston 7 July for the Mediterranean. She participated in numerous exercises with ships of the 6th Fleet and NATO countries before returning home 7 November. Haddo has continued this pattern of service alternating operations out of home port in the Atlantic with 6th Fleet deployments through 1967.


Add Your Name to the
SSN-604 Crew Roster