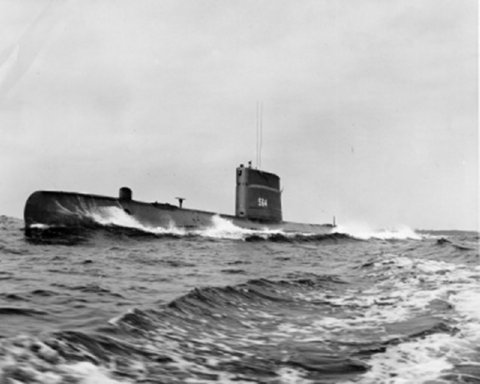 Following shakedown training off Rio de Janeiro, Brazil, the attack submarine returned to her home port, New London, and participated in local operations for the remainder of the year. She was back in the Caribbean in February, returned to New London on 28 March, and continued east coast operations until 16 August 1957. She then joined Nautilus (SSN-571) and proceeded to the Arctic. The submarine spent 10 days at the ice pack in the north Greeland Sea and made several short trips under the ice pack. From 16 September to 1 October, she participated in the North Atlantic Treaty Organization (NATO) Operation "Strikeback." She then called at Portland, England, and Le Havre, France, en route back to New London to resume normal operations.

On 14 January 1958, Trigger entered the Portsmouth (N.H.) Naval Shipyard for major alterations. Her four high-speed diesel engines were replaced by three medium-speed engines. The submarine was cut in two and lengthened by nine feet. On 15 August, she got underway for New London and refresher training. She stood out of New London on 2 February 1959 for extended operations in the North Atlantic. She called at Faslane, Scotland, and returned to her home port in late April.

On 1 August, Trigger joined Submarine Squadron (SubRon) 4 at Charleston, S.C., her new home port, and, in late September and early October, participated in NATO Exercise "Fishplay." The submarine conducted operations out of Charleston for the next decade. She was deployed to the 6th Fleet in the Mediterranean during the periods: 10 April to 6 August 1962; 7 July to 29 October 1966; and 7 October 1969 to 2 February 1970. From 6 January to 6 August 1964, she underwent modifications in connection with the SUBSAFE program; and, from 3 January 1968 to 6 June 1969, her hull was again lengthened to accommodate more sonar equipment.

On 10 August 1970, Trigger departed Charleston for the west coast and assignment to the Pacific Fleet. She called at Montego Bay, Rodman, and Acapulco en route, and arrived at San Diego, her new home port, on 5 September to join SubRon 3. On 18 November, the submarine got underway for Bangor, Wash., to spend a month testing the Mk 48 torpedo. From 3 March to 7 June 1971, Trigger returned to Bangor to participate in Mk 48 Torpedo Selection Test Plan operations. Following yard work at the Hunter's Point Naval Shipyard from July 1971 to April 1972, she made a voyage to the Nanoose Bay Acoustic Test Range and returned to San Diego on 25 May.

On 17 October, Trigger stood out to sea on her first WestPac deployment. She called at Christmas Island on the 31st and arrived at Auckland, New Zealand, on 10 November. The operational control of Trigger was shifted to the Commander, 7th Fleet; and she participated in Exercise "Longex 7," a combined fleet problem utilizing ships from the navies of the United States, New Zealand, Canada, and Australia. The submarine departed Auckland on 1 December and arrived at Subic Bay on the 18th. From 29 December 1972 until 25 January 1973, Trigger was underway conducting special submarine operations. She left the Philippines on 3 February and, after calling at Hong Kong, participated in a joint United States-Canadian exercise off Taiwan. The ship sailed for Yokosuka on the 20th and remained in Japan undergoing repairs until getting underway for the United States on 16 March.

The submarine arrived at San Diego on 5 April. On 25 June, she started training a crew of the Italian Navy to operate the ship. Trigger was decommissioned and transferred to the Government of Italy on 10 July 1973. She was struck from the Navy list on 2 July 1973 and served the Italian Navy as INS Livio Piomarta (S-515).


Add Your Name to the
SS-564 Crew Roster