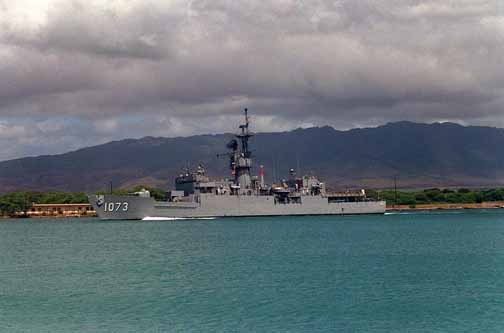 Following two months of miscellaneous tests and trials along the northern Pacific coast of the United States, she steamed into her home port at Long Beach, Calif., 8 November. Robert E. Peary remained in the Long Beach area for one year exactly, departing for WestPac 9 November 1973 and arriving in Subic Bay, Philippine Islands, ten days later. Robert E. Peary was decommissioned on 7 August 1992, struck from the navy list on 11 November 1995 and transferred to the Republic of China. As of 2005, the destroyer escort serves in the Taiwanese navy as Chi Yang (932). 19 October 2005