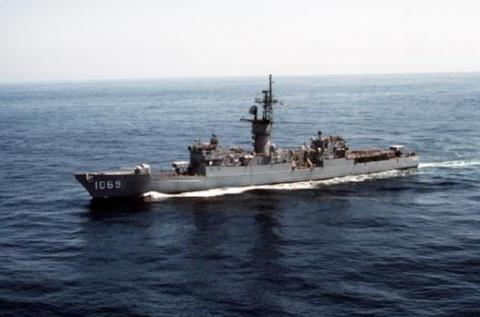 The USS BAGLEY (FF-1069), a Knox class frigate, was commissioned on 6 MAY 1972. USS BAGLEY was built by the Lockheed Shipbuilding and Construction Company in Seattle, Washington. After commissioning at the Puget Sound Naval Shipyard and shake down, she steamed for her home port of San Diego, CA. USS BAGLEY's first "West Pac" had her first in Vietnamese waters, then sailing into the Indian Ocean due to Yom Kippur War between Israel and Egypt. This first deployment set the tone of Bagley's service career; numerous "West Pacs" often extending into the Indain Ocean and Persian Gulf. USS BAGLEY served her country for 19 years, 4 months and 20 days, until decommissioned on 26 SEP 1991. The hulk of the USS BAGLEY was scrapped in 2000.