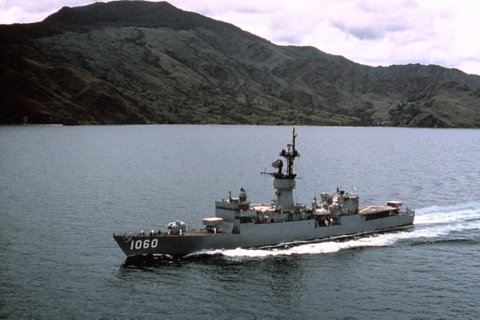 Once commissioned, Lang will join the Pacific Fleet in exercises and training along the west coast and in the waters of troubled Southeast Asia. With many traits of the swift and deadly destroyer, the escort ship is valuable not only in antisubmarine and amphibious warfare maneuvers but also in search, patrol, rescue, evacuation, blockade, and surveillance operations.