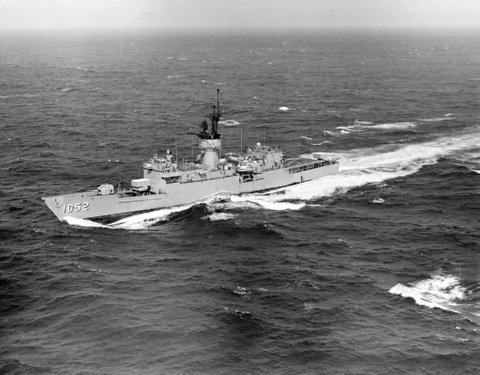 
The second Knox (DE-1052), the prototype in a new class of destroyer escorts, was laid down 5 October 1965, by Todd Shipyards Corp., Seattle, Wash.; launched 19 november 1966; sponsored by Mrs. Peter A. Sturtevant, granddaughter of Commodore Knox; and was commissioned on 12 April 1969 with Commander William A. Lamm in command.