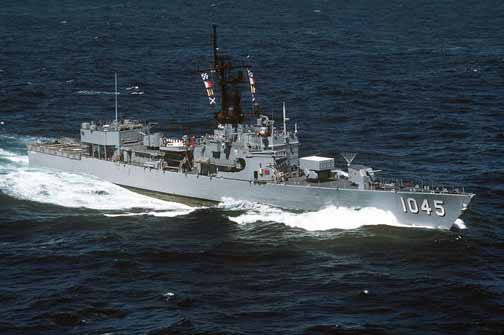 
DAVIDSON was laid down on 30 September 1963 at the Avondale Shipyards, Inc., Westwego, La. On 2 October 1964 she was launched and christened, sponsored by Mrs. Lyal A. Davidson, Vice Admiral Davidson's widow. DE-1045 was commisioned on Pearl Harbor Day, 7 December 1965, at the Charleston Naval Shipyard, Cmdr. Henry L. Stanfield in command.