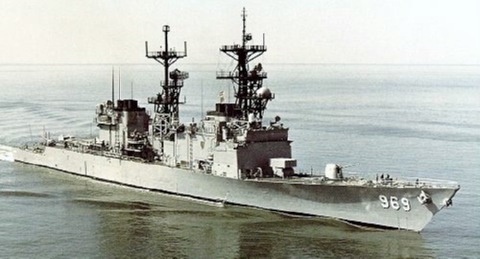 The USS PETERSON (DD-969), was the seventh Spruance class destroyer, was commissioned on 9 JUL 1977. USS PETERSON, named for LCDR Carl Jerrold Peterson, killed in 1969 while in action with the Riverine Forces in Vietnam, was built at the Ingalls Shipyard of Litton corp. at Pascagoula, Mississippi. Joining the Atlantic Fleet after commissioning, PETERSON began a career of deployments that often had her on scene with incidents in the Middle East. USS PETERSON made multiple deployments to the Indian Ocean and was off Beirut and Libya at times in her service life. USS PETERSON served her country for 25 years, 2 months and 25 days, until decommissioned on 4 OCT 2002. the hulk of the PETERSON was disposed of during a SINKEX fleet training exercise on 16 FEB 2004


Add Your Name to the
DD-969 Crew Roster