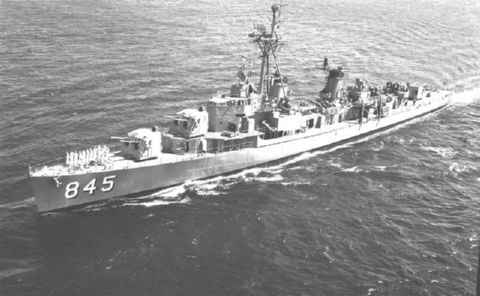 Between 1946 and 1960 Bausell operated out of San Diego on fleet exercises and training and completed two tours of the Far East. Between the outbreak of hostilities in Korea and the armistice Bausell completed three tours with the 7th Fleet in the Far East (19 March-16 September 1951 10 June 2 December 1952 and 30 September 1953-21 March 1954) participating in blockading bombardment and patrolling of Korea and contiguous areas in support of the United Nations forces.

Since 1954 Bausell has made two more tours of the Far East. During the first she operated with the 7th Fleet as a part of a fast carrier task force in support of the evacuation of the Tachen Islands (February 1955). Between Far Eastern tours she has conducted extensive type training exercises out of San Diego.


Add Your Name to the
DD-845 Crew Roster