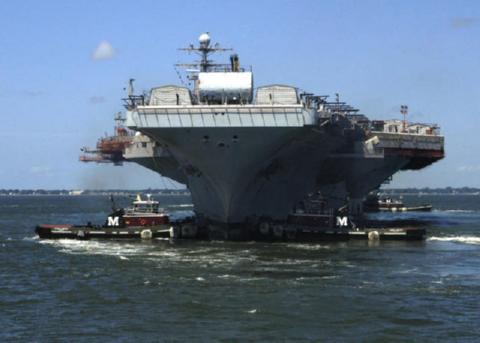 A Nimitz-class supercarrier, Theodore Roosevelt is also known as TR. Launched in 1984 and commissioned in 1986, TR has served for the last 24 years. TR was the first carrier assembled in modules.

TR helps maintain the sea-lanes of trade and communications and carries out a variety of missions including those that involve:

She began her career patrolling the Mediterranean Sea, Red Sea, and Persian Gulf. In 1990, she joined Operation Desert Shield/Desert Storm in the Persian Gulf. For her service in these operations, she was awarded the Battenberg Cup, which she received several times during her career.

Other operations she has participated in include:

TR has earned the following awards and honors, among others:


Add Your Name to the
CVN-71 Crew Roster