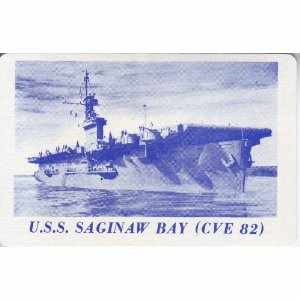 USS Saginaw Bay (CVE-82) was an Casablanca-class aircraft carrier built and active during World War II. She was part of a task force known as “Taffy 1.” Her battle life was short, but important. Highlights are as follows:

The carrier earned five battle stars for her accomplishments in World War II. She was ultimately sold for scrap in 1959.


Add Your Name to the
CVE-82 Crew Roster