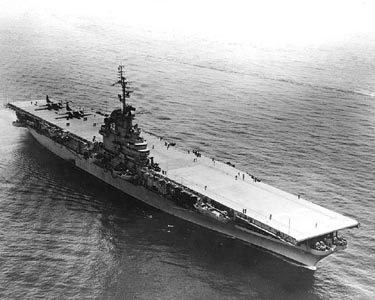 The USS Kearsarge was commissioned in 1862 as part of the Civil War’s emergency shipbuilding campaign. As soon as the ship was constructed, she was deployed to the European waters where she searched for Confederate raiders for three years. In June of 1864, Kearsarge found the CSS Alabama in France, where she had gone for repair. Together, they fought one of the most memorable naval battles off Cherbourg that only lasted about an hour. In that hour, Kearsarge defeated the Alabama with its superior arsenal, sinking the ship.

Kearsarge was assigned to other search and intercept missions until the Civil War ended. She remained in the same area until the middle of 1866 when she was decommissioned for a short time. In 1868, Kearsarge was returned to active service, and was sent to South America’s Pacific Coast. Then, she cruised to Australia and returned to Peru, followed by a trip to Hawaii and then California.

In 1870, she was again decommissioned and returned to duty within a matter of years. It was in 1888 that the ship was wrecked on the Roncador Reef during a cruise from Haiti to Nicaragua. Salvage efforts were not effective, and she was stricken from the Navy list shortly thereafter.

Kearsarge arrived at her homeport Norfolk 21 April 1946 and for the next year engaged in training operations along the East Coast and Caribbean. She cleared Norfolk 7 June 1947 on a midshipmen training cruise to the United Kingdom. Upon her r eturn t o the United States in August the carrier engaged in maneuvers for 10 months before departing Hampton Roads 1 June 1948 for duty with the 6th Fleet. During her tour in the Mediterranean units of the 6th Fleet were placed on alert to insure peac e in the Arab-Israeli area. Kearsarge returned Quonset Point R.I. 2 October and operated along the Atlantic Coast and the Caribbean until 27 January 1950 when she sailed for the West Coast. The carrier arrived Puget Sound Navy Yard 23 February and decommissioned there 16 June 1950 for a modernization overhaul that would enable her to handle new jet aircraft.

Kearsarge recommissioned 15 February 1952 Captain Louis B. French in command. Following shakedown the carrier cleared San Diego 11 August for intensive flight training in the Hawaiian Islands. Her readiness complete she sailed for the Far Eas t to en gage in combat missions in the Korean War. Arriving Yokosuka 8 September Kearsarge joined the fast carrier Task Force 77 off the east coast of Korea 6 days later. For the next 5 months the carrier's planes flew nearly 6 000 sorties again st Communist forces in North Korea unleashing considerable damage on enemy positions. She completed her tour in late February 1953 returning to her homeport San Diego 17 March. While serving in Korea her classification was changed to CVA 33.

Kearsarge sailed again for the Far East 1 July 1953 and operated with the 7th Fleet fast carrier force during the uneasy truce in Korea. The "Mighty Kay" also kept watch over the Formosa Straits to prevent the Communists from interfering with the Chines e Nationalists on Taiwan. Kearsarge returned San Diego 18 January 1954 to resume training operations off California. Clearing San Diego 7 October she steamed toward her third deployment to the Far East. While operating with the 7th Fl eet the carrier stood by to assist the Nationalist Chinese in the evacuation of the Tachen Islands. From 6 to 13 February 1955 Kearsarge supported units of the fleet in the successful evacuation of 18 000 civilians and 20 000 military personnel from the islands. Her cruise ended at San Diego 12 May and for the next 3 years operated on the annual deployment schedule to the Far East and training operations off California.

During the summer of 1958 Kearsarge was fitted out as an antisubmarine warfare support carrier and reclassified CVS-33. Following intensive training in her new role the carrier sailed 5 September 1959 for 7th fleet operations in the Far East. Early in her tour Japan was hit with a violent typhoon and Kearsarge played an important role in providing relief to the victims. Her planes landed parties of medical and supply units while her crew and air group donated clothing and money to t he distressed people. After participating in SEATO exercises and 7th Fleet operations she cleared Yokosuka 3 March 1960 for her homeward voyage. Three days later in stormy waters 1 200 miles off Wake Island four Russians were rescued after drifting 49 days in disabled landing craft. They were flown back to their country after Kearsarge arrived Alameda Calif. 15 March; and the carrier received thanks from the Soviet Union for this gesture.

A year of training operations preceded her next deployment from San Diego which began 3 March 1961. The antisubmarine carrier steamed to Southeast Asian waters as the Communists intensified their effort to overthrow the government in Laos. The power an d determination of the 7th Fleet was observed by the enemy and the crisis eased. Peace prevailed. After 6 months in the Far East Kearsarge arrived Puget Sound 1 November for the second phase of her modernization.

Upon completion of repairs and training Kearsarge departed Long Beach 1 August 1962 to station herself in the Pacific missile range as a recovery ship in the Mercury orbital space flight of astronaut Walter Schirra. In October after a flawles s flight the carrier played her role in the "Space Age" by retrieving Schirra and his capsule and returning him to Honolulu for flight back to the States.

Kearsarge resumed training exercises continuing these for 6 months before arriving Pearl Harbor 29 April 1963 to once again take part in the space program. The carrier repeated her earlier recovery by plucking astronaut Gordon Cooper on 18 May 1 963 after he orbited the earth 22 times in his capsule "Faith 7." She returned the space hero to Pearl Harbor then departed 4 June on her eighth cruise to the Far East. Operations with the 7th Fleet included keeping watch on the unsettled problems in Southeast Asia. Kearsarge returned Long Beach 3 December for training exercises off California.

After overhaul during the first half of 1965 Kearsarge operated off the West Coast until sailing for the Far East 9 June 1966. Steaming via Hawaii and Japan she reached "Yankee Station" 8 August and operated off Vietnam through 24 October. The next day she headed for the Kuala Lumpur area and anchored in the Strait of Malacca on the 30th. She returned via Subic Bay to "Yankee Station" 5 November and operated there through the 23d. The next day the carrier started home via Hong Kong and Japa n arriving San Diego 20 December. She operated on the West Coast until departing San Diego 18 August and reached Pearl Harbor 10 days later to prepare for future action.


Add Your Name to the
CV-33 Crew Roster