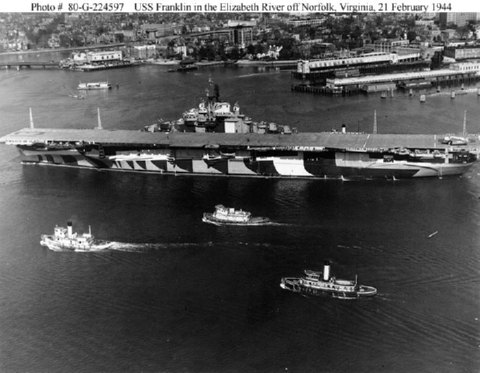 USS Franklin (CV-13) was an Essex-class aircraft carrier launched in 1943 and active in World War II in the Pacific against Japanese forces. She was damaged in service three times, over a thousand of her crew killed or wounded, and during these battles she was the scene of heroism and great effort on the part of her crew. She was awarded four battle stars.

Final Disposition: Sold for scrap in 1966


Add Your Name to the
CV-13 Crew Roster