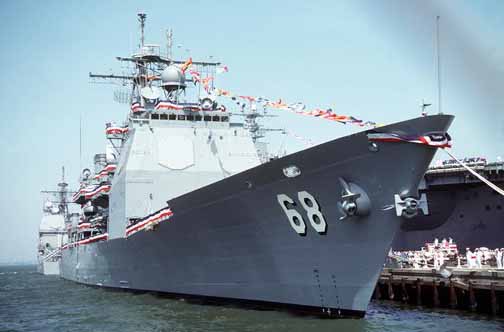 The USS ANZIO (CG-68), a Ticonderoga class guided missile cruiser, was commissioned on 2 MAY 1992. USS ANZIO serves her country from her homeport of Norfolk, Virginia.

Named for: Site of a beachhead invasion of Italy


Anzio (CG-68) was laid down on 21 August 1989 at Pascagoula, Miss., by the Ingalls Shipbuilding Division of Litton Industries; launched on 10 November 1990; and sponsored by Mrs. Doris Baggett. She was scheduled for completion late in 1991 and commissioning in February 1992


Add Your Name to the
CG-68 Crew Roster