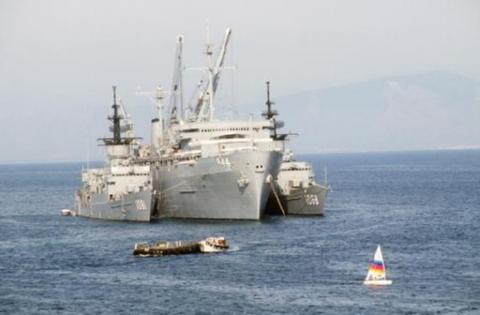 The USS SHENANDOAH (AD-44), a Yellowstone-class destroyer tender, was commissioned on 15 AUG 1983. USS SHENANDOAH served her country for 13 years and 19 days, until decommissioned on 3 SEP 1996. Built at National Steel and Shipbuilding Company in San Diego, California, SHENANDOAH transited the Panama Canal after commissioning and then spent her entire service career operating in the Atlantic, Mediterranean, and supported the the fleet in the Indian Ocean during the First Gulf War. The early 1990s brought a significant reduction in the size of the U.S. Navy and SHENANDOAH was decommissioned in 1996 after only thirteen years of service and was placed in the Naval Inactive Ship Maintenance Facility at Ft. Eustice, VA.


Add Your Name to the
AD-44 Crew Roster