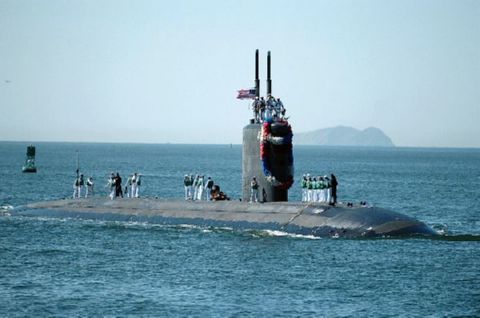 The USS ASHEVILLE (SSN-758), a Los Angeles class submarine, was commissioned on 28 SEP 1991. USS ASHEVILLE serves her country from her homeport of Naval Base Point Loma, San Diego, California.


The fourth Asheville (SSN-758) was laid down on 14 January 1987 at Newport News, Va., by the Newport News Shipbuilding & Drydock Co. Her launching was projected for June 1990 and her completion for late 1991.


Add Your Name to the
SSN-758 Crew Roster