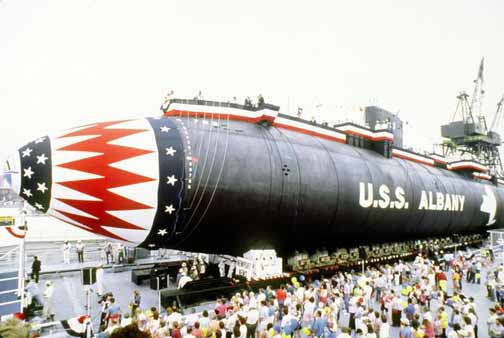 The USS ALBANY (SSN-753), a Los Angeles class submarine, was commissioned on 7 APR 1990. USS ALBANY serves her country from her homeport of

Named for: The City of Albany


Add Your Name to the
SSN-753 Crew Roster