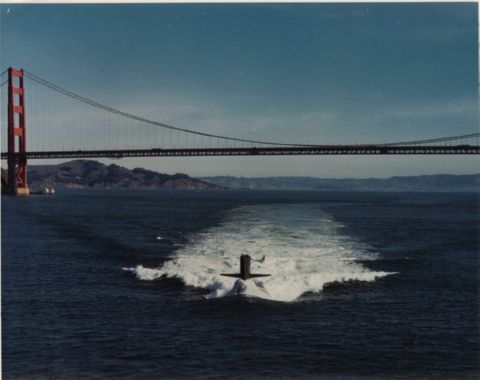 Named for: The gurnard

Once commissioned she will become a key element in the underwater deterrent force of the Navy and will contribute vitally to the continuing task of "keeping the peace" over the vast reaches of global waters. Designed to attack and destroy all types of enemy ships her ability to operate for long periods at great depths and at high submerged speed will make her a potent and effective challenge to enemy submarines. Operating under nuclear power she will be able to conduct long-range reconnaissance patrols and surveillance missions without risking detection by surface ships. Moreover she will be able to carry out extensive ASW operations either alone or with other fleet submarines or with destroyer-type surface ships.


Add Your Name to the
SSN-662 Crew Roster