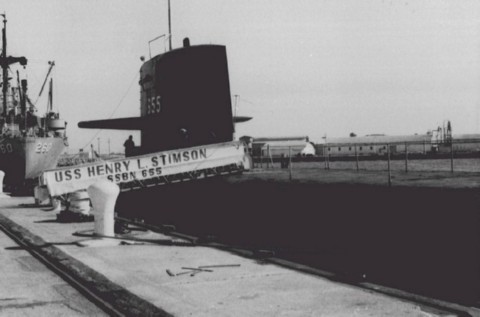 Henry Lewis Stimson born in New York City 21 September 1867 graduated from Yale in 1888. After graduate work and law school at Harvard he entered the law firm headed by Elihu Root in 1891 and two years later became a partner.

In 1906 President Theodore Roosevelt appointed him U.S. Attorney for the Southern District of New York. Here he made a distinguished record prosecuting antitrust cases. After defeat as Republican candidate for governor of New York in 1910 Stimson was appointed Secretary of War in 1911. He continued the reorganization of the Army begun by Root bringing it to high efficiency prior to its vast expansion in World War I.

Following the outbreak of war he was a leader in the American effort to aid the stricken people of Belgium. After the United States became a belligerent he served in France as an artillery officer reaching rank of Colonel in August 1918.

His success in several important diplomatic assignments and as Governor-General of the Philippine Islands led to Stimson's appointment as Secretary of State in 1929. His management of the Nation's foreign affairs was highlighted by his strong opposition to Japanese occupation of Manchuria the first aggressive step which led to World War II.

Returning to private life at the end of President Hoover's administration Stimson was an outspoken advocate of strong opposition to Japanese aggression. In 1941 President Roosevelt returned him to his old post at the head of the War Department and he skillfully directed the tremendous expansion of the Army to the force of over 10 000 000 men which crushed Axis ground forces in Europe and the Pacific.

Following shakedown Henry L. Stimson prepared for her role as one of the Navy's nuclear-powered submarines silently and invisibly roving the seas as a mighty deterrent against agression [sic; aggression] preserving peace and protecting freedom.

Assigned to Submarine Squadron 16 Henry L. Stimson departed Charleston S.C. 23 February 1967 on her first deterrent patrol. After successfully completing patrols in her assigned areas with each of her two crews she continues in mid-1967 to serve the Nation as part of the first line of defense against any hostile power.


Add Your Name to the
SSBN-655 Crew Roster