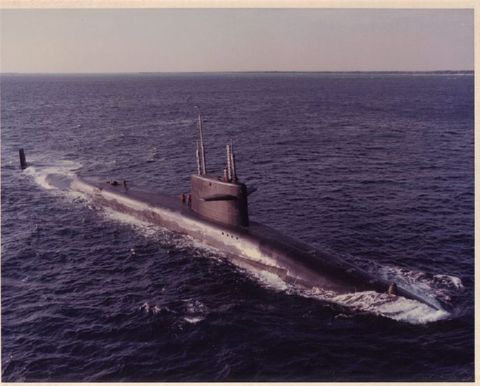 Following shakedown and demonstration-and-system operations, in the Atlantic Missile Range, Nathan Hale was assigned to SubRon 16 and homeported at Charleston, S.C., 21 May 1964. With two complete, equally trained crews, rotated at regular intervals to maximize patrol on station time, Nathan Hale has, since that time, conducted deterrent patrols as a unit of the Atlantic Fleet.


Add Your Name to the
SSBN-623 Crew Roster