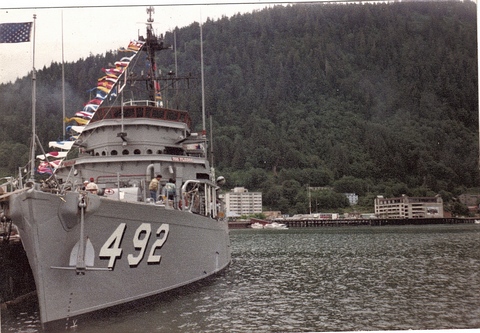 After sea trials Pledge joined her sister ships at Long Beach Cal. 25 May 1956. Following training from July 1956 to February 1957 she operated in WESTPAC March to September 1957. She underwent modification from October 1957 to March 1958.

Deployed to WESTPAC 24 August 1961 she visited Bangkok Thailand in November and Saigon Vietnam in December. In early 1962 she participated in special training operations at Da Nang Vietnam until her departure 17 February. Her deployment to WESTPAC 12 August 1963 included exercises with South Korean ships in October and Nationalist Chinese ships in November. On her next assignment to WESTPAC 13 August 1965 She performed coastal surveillance duties off the Republic of Vietnam from 18 October to 16 November 1965 and from 18 December into early 1966.

Pledge was decommissioned and stricken 31 January 1994 Pledge was sold to Taiwan on 8 March of that year.


Add Your Name to the
MSO-492 Crew Roster