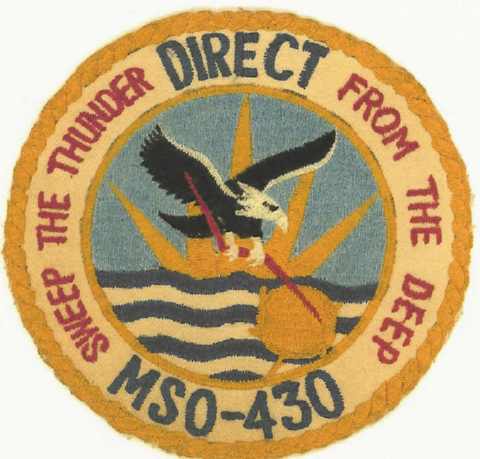 Based at Charleston, S.C., Direct operated on mine-sweeping exercises and training with other ships. She also provided services to the Fleet Sonar School at Key West, Naval Mine Defense Laboratory at Panama City, and Mine Warfare School at Yorktown. From 1 May to 2 October 1957 she cruised to the Mediterranean for duty with the 6th Fleet. On 14 April 1958 her home port was changed to Yorktown, Va., and on 15 January 1959 to Little Creek, Va. Between 27 April and 27 August 1959 she served again in the Mediterranean, then served in amphibious exercises and other operations through 1962.


Add Your Name to the
MSO-430 Crew Roster