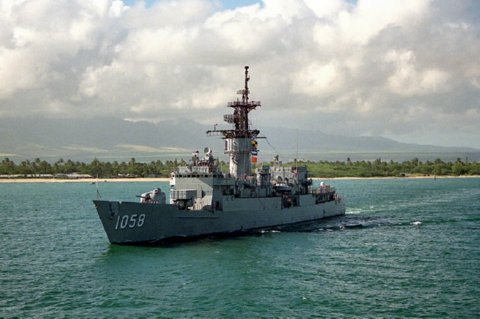 
Meyerkord was constructed by Todd Pacific Shipyards, Los Angeles Division, at San Pedro, California. She was laid down 1 September 1966 and launched on 15 July 1967, sponsored by Mrs. Harold Dale Meyerkord and Mrs. Harold E. Meyerkord, widow and mother of Lieutenant Meyerkord. Meyerkord was commissioned on 28 November 1969.