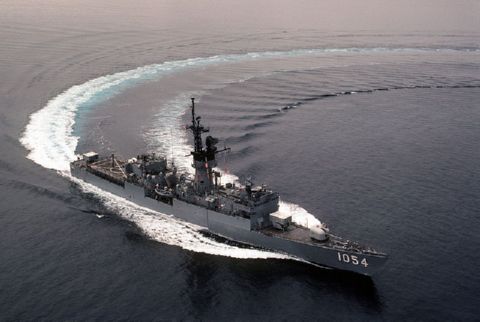 
USS Gray (FF-1054) was a United States Navy Knox class frigate. She was named for Marine Corps Sergeant Ross F. Gray, who was a posthumous recipient of the Medal of Honor. She was constructed by Todd Pacific Shipyards, Seattle, Washington, laid down November 19, 1966, launched November 3, 1967 and delivered March 27, 1970. Gray was commissioned April 4, 1970.