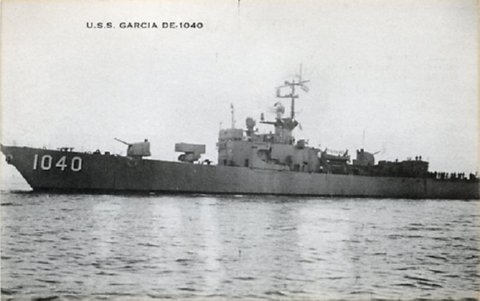 After trials and training off the Pacific Coast, the new destroyer escort departed San Diego 22 March 1965; transited the Panama Canal; and arrived her homeport Newport, R.I., 7 April. Following ship qualification tests, she sailed for the Caribbean 7 May for shakedown. She returned Newport 16 July. For the remainder of 1965 and through 1966, Garcia operated out of Newport perfecting her ASW and sonar techniques.