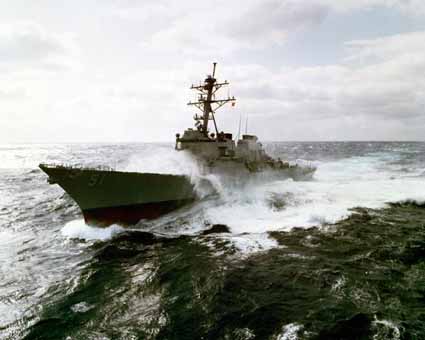 
Arleigh Burke (DDG-51) was laid down on 6 December 1988 at Bath, Maine, by the Bath Iron Works; launched on 16 September 1989; sponsored by Mrs. Arleigh Burke; and was scheduled for delivery to the Navy early in 1991


Add Your Name to the
DDG-51 Crew Roster