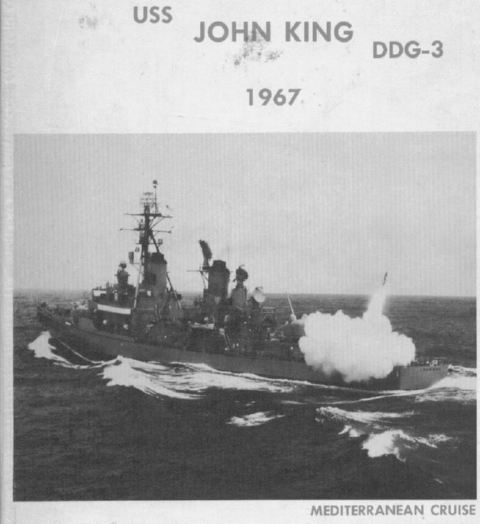 The USS JOHN KING (DDG-3), the second of the Charles F. Adams-class guided missile destroyers, was commissioned on 4 FEB 1961. Built at the Bath Iron works in Bath, Maine, USS JOHN KING was an Atlantic Fleet DDG homeported in Norfolk, Virgina for the majority of her service career with a single West Pac deployment to Vietnam in 1972-73. An early call to arms had her participating in the Cuban Missile, then a series of "MEDS", "North Atlantics", "IOs" with REFRTRAs in "GITMO" after extended maintenance periods. USS JOHN KING served her country for 29 years, 1 month and 26 days, until decommissioned on 30 MAR 1990. The hulk of the JOHN KING was sold for scrapping to International Shipbreakers of Brownsville, TX in February 1999.


Add Your Name to the
DDG-3 Crew Roster