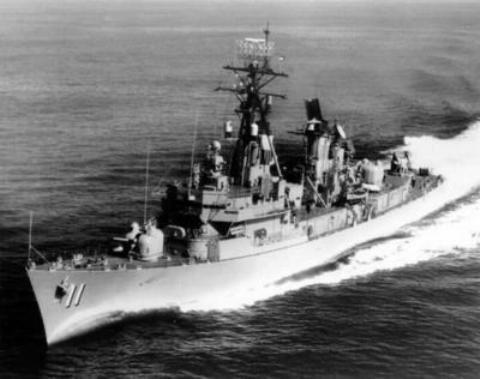 Final Disposition:Sold on 25 July 1995 Disposed of by scrapping dismantling September 15 2004

The guided missile destroyer has spent part of each year since June 1963, except 1970, on deployment with the 6th Fleet or on special operations. Into September 1974, Sellers still serves with the Atlantic Fleet.


Add Your Name to the
DDG-11 Crew Roster