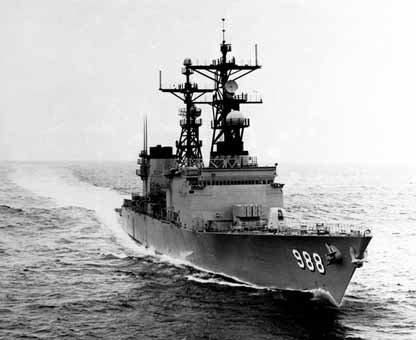 
The second Thorn (DD-988) was laid down on 29 August 1977 at Pascagoula, Miss., by the Ingalls Shipbuilding Division of Litton Systems, Inc., and launched on 3 February 1979 with Mrs. Patricia Palmer Ansley serving as sponsor. Thorn was scheduled to be commissioned in early 1980.


Add Your Name to the
DD-988 Crew Roster