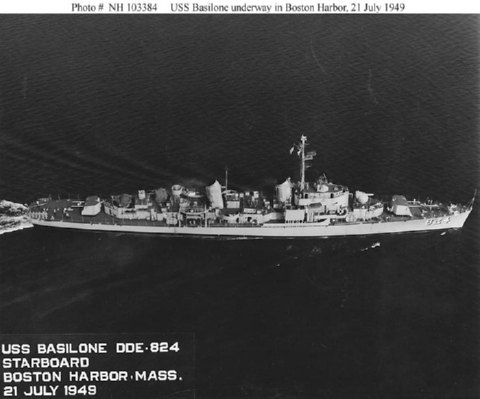 Assigned to Destroyer Force Atlantic Basilone has operated out of Norfolk on local operations and competitive exercises; with the Operational Development Force Surface Anti-Submarine Development Detachment and as a school ship for the Fleet Sonar School at Key West Fla. and in the Caribbean on anti-submarine and hunter-killer exercises. At frequent intervals between March 1952 and September 1964 she conducted four tours of duty with the 6th Fleet in the Mediterranean. Between 6 June and 4 August 1955 she served as a unit of midshipman cruise Able which visited Spain England and Cuba. In 1956 between October and December Basilone made a cruise of Northern Europe and the Mediterranean after which she returned to Norfolk.


Add Your Name to the
DD-824 Crew Roster