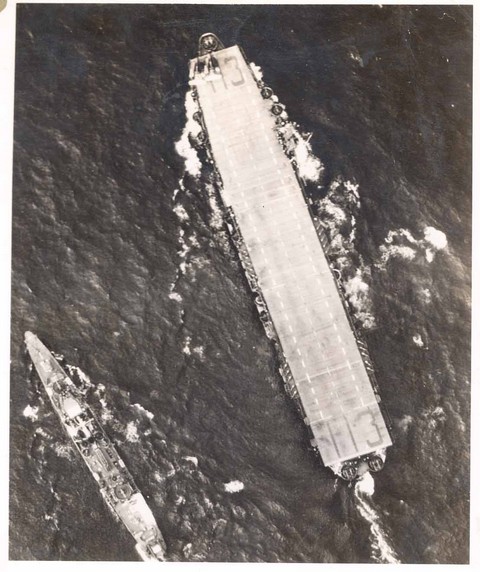 USS Puget Sound was an escort aircraft carrier that was commissioned in June of 1945 at Tacoma, Washington. The vessel was tried and fitted out in the Puget Sound Naval Shipyard, and then headed to San Diego for a shakedown, picking up Marine Air Group 6 there. Then, she headed to Hawaii in September for brief training before taking off to support the Japan occupation.

In October, she arrived at Tokyo Bay and helped with the presence and show of American strength in the area. This was in support of the landings at Matsuyama and Nagoya by the 10th Army. After that, she went to the Philippines, the Marianas, and Hong Kong for training.

The ship entered the Puget Sound Naval Shipyard that June, was decommissioned in October, and entered the Pacific Reserve Fleet. Then, she was reclassified twice, stricken from the naval list in 1960 and sold for scrap in 1962.


Add Your Name to the
CVE-113 Crew Roster