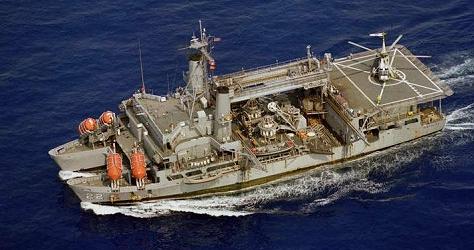 The third Ortolan (ASR-22) a twin hulled submarine rescue vessel was laid down 28 August 1968 by the Alabama Dry Dock and Shipbuilding Co. Mobile Ala launched 10 September 1969; sponsored by Mrs Neis C. Johnson and is to commission early in 1971.


Add Your Name to the
ASR-22 Crew Roster